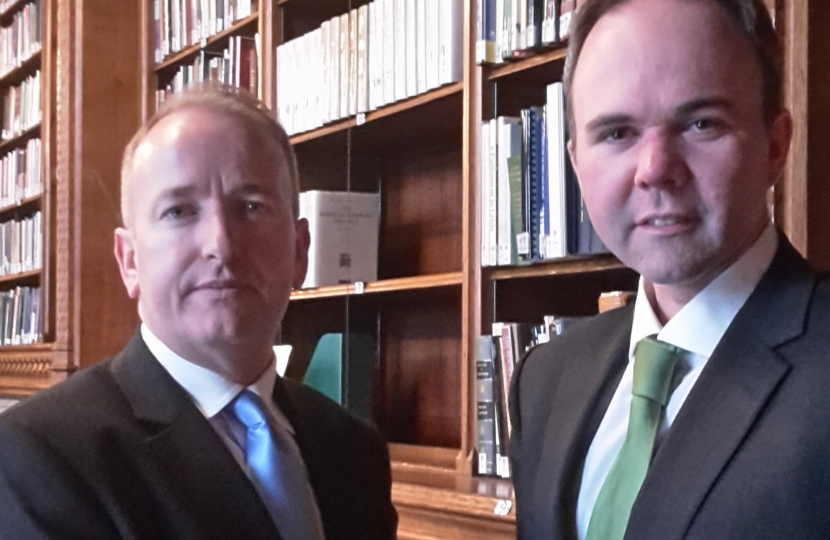 Mark Pritchard MP, has met with Housing Minister, GavinBarwell MP, to discuss “over development” in the Wrekin constituency.

The meeting follows on from Mr Pritchard meeting with local residents from several wards about the Borough of Telford & Wrekin Council’s housing proposals.

“I raised the issue of the number houses proposed for Newport, Wellington and Muxton, as well as many other wards in my constituency. The Minister made it clear, as he has before, most new housing developments should be predominantly on brownfield sites. I agree. I hope local Councils will listen to him and to the legitimate concerns of local residents”