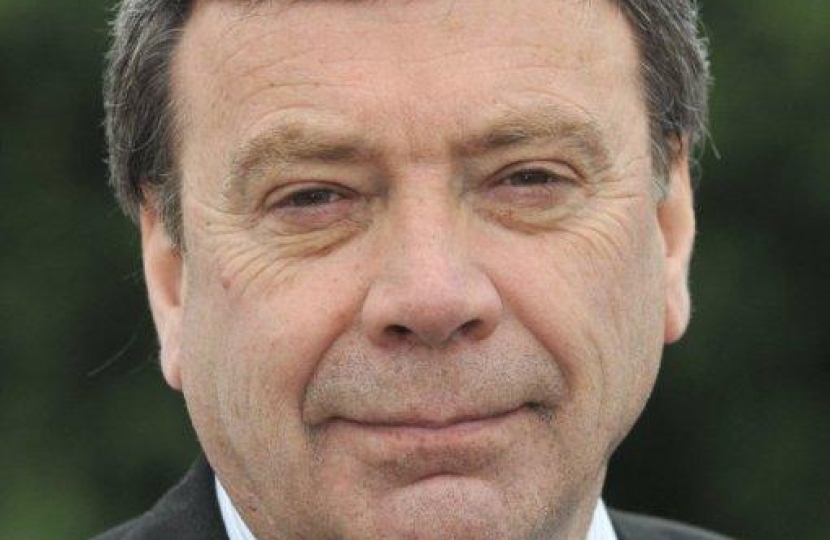 The labour motion to prevent the sale of the Land Registry.

Andrew Eade spoke initially about the privatisation of MOD which the Labour administration were very much against at the time saying it would be a disaster, and as it happened 700 new jobs have been created & £60 million put into the local economy.

Both local Conservative MPs have spoken to the Minister of State about the posible sell off of the Land Registry& been reassured that no decision has been made, and privatisation is very unlikely because an Act of Parliament would be required as in the case of the Post Office.

What Andrew Eade actually said at the meeting is as follows:-

“I am slightly amused in casting my mind back to the original stance and vitriolic opposition taken by Labour Members regarding the then proposed privatisation of services at MOD Donnington.

I remember only too well the member of Parliament for the Wrekin - Mark Pritchard stating that “any new ownership will deliver more jobs not less jobs”, and what ultimately happened? Following privatisation this Council was able to announce that existing jobs would be protected, - 700 new jobs would be created - and £60m would be injected into the local economy!

If it had been left to local Labour Politicians at that time – none of these huge benefits for the Borough would ever have happened.

I am sure that you can see the parallels, Speaker - and the immaturity of the crass motion before us."

“However putting the ignored lessons of the past to one side we must, I suppose, deal with the existing motion and any validity that it may have.

This motion contains fundamental flaws in its supposition that; -

Mr Speaker, I had looked forward to a time of grown up politics in the Borough but this is pretty poor stuff to put before us. It has more to do with an administration desperate to cling onto power than any real attempt to help local people.

If the leader of the Council doesn’t know...he should know that: -

“the Government have absolutely no plans for this and that we have carried out consultation and we are in the process of hearing loud and clear what has been said”.

Now - to sell the Land Registry primary legislation would be required such as for the Post office – which I have to say has been another great success.

And I suspect with a speedy and efficient change of Prime Minister and issues surrounding Brexit to deal with - a sale is very unlikely to proceed.

I would suggest that this Council and the local community would be better served by the current leadership dropping this type of poor motion and trying to work with others in collaboration than adopting Corbyn like politics of the dim and distant past.”

Despite the flaws contained in the Motion, the Conservative Group supported it and voted in favour with the Labour Group, although noting that the privatisation was very unlikely to take place anyway.