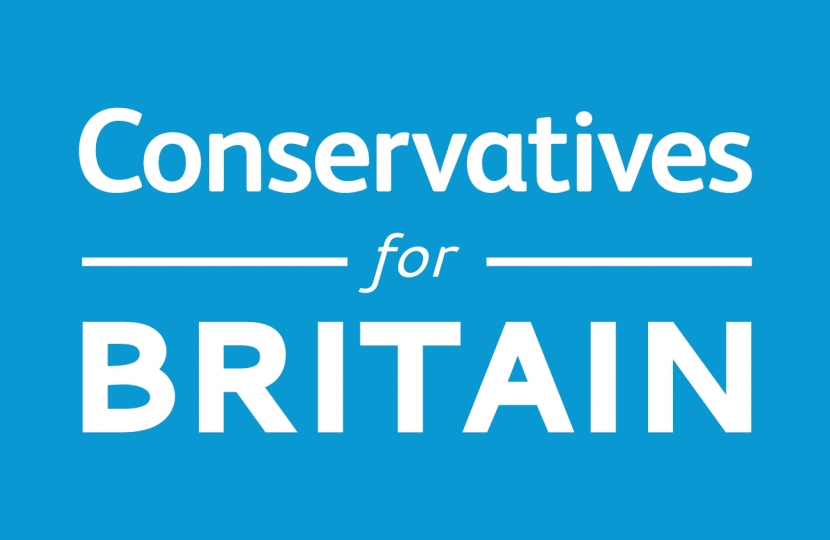 The EU renegotiation is now underway, offering a once in a generation opportunity to secure fundamental changes in Britain's relationship with the European Union. From restrictions on our ability to trade around the world to the spiralling cost of the EU, the status quo is simply not working for Britain.

That is why the Prime Minister was right, in advance of the General Election, to set out an ambitious agenda for far-reaching reform. These include powers for national parliaments to block harmful EU rules, robust protections for the rights of non-Eurozone members, reducing the cost of the EU budget to UK taxpayers and cuts to EU red tape.

Conservatives for Britain (http://conservativesforbritain.us11.list-manage.com/track/click?u=193ee834923cabc55b3bd665a&id=04990773db&e=4ca20cf90e was established in June to support the Prime Minister's renegotiation. We are confident that the renegotiation provides a genuine opportunity to secure the fundamental change which Britain
needs. However, if the EU establishment is not willing to allow a new relationship between the UK and the EU, based on trade and co-operation, we are willing to consider how to prepare for a future ‘No’ campaign.

We take an optimistic, globalist view of Britain’s future and believe that Britain could both gain influence and prosper outside an unreformed EU. It is therefore vital that, should the renegotiation not be successful, the British people are given a genuine choice in the forthcoming referendum.

In recent months we have received the support of over 100 Conservative MPs, as well as over half of Conservative MEPs and a significant number of Conservative Peers.
Following the launch of our website (http://conservativesforbritain.us11.list-manage.com/track/click?u=193ee834923cabc55b3bd665a&id=f51de83bb9&e=4ca20cf90e , we are inviting you to join our campaign (http://conservativesforbritain.us11.list-manage1.com/track/click?u=193ee834923cabc55b3bd665a&id=38caf70956&e=4ca20cf90e
to secure the best deal for Britain.

We would be delighted to have your support in this effort. In order to support our campaign for a better deal, please sign-up as a supporter of Conservatives for Britain
via our website (http://conservativesforbritain.us11.list-manage.com/track/click?u=193ee834923cabc55b3bd665a&id=d65f074576&e=4ca20cf90e

Please also feel free to forward this email to anyone who you think may be interested in supporting the campaign. We hope you will join us in this important cause.