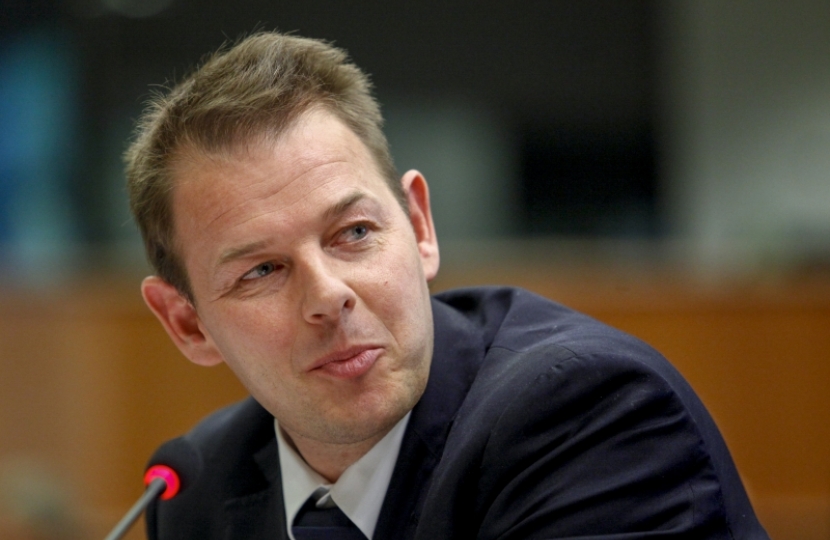 Dan has today questioned the European Commission on its proposed changes to EU Firearms laws, arguing they place too much focus on further restricting legal owners and not enough on tackling illegal firearms, which pose the greatest threat to our security.

The Commission proposals include a complete ban on private ownership of fully deactivated Category A weapons, normally ex-military firearms, which are used widely by historical re-enactors and the tv and film industry. It also seeks to set up a central register of all deactivated weapons, replicas and other non-live firing weapons, an enormous and hugely expensive administrative burden with no obvious purpose.

Mr Dalton, who will be scrutinising the legislation as a member of the Internal Market Committee, commented:

“I strongly support efforts to tackle illegal firearms, but I am concerned the Commission proposal focuses too much on unnecessary and hugely burdensome restrictions on deactivated weapons owned by hobby collectors."

"The proposals as they currently stand are unenforceable and would risk creating a black market in deactivated weapons that could make the job of tackling the black market in dangerous illegal firearms even harder.”

"I am confident that with proper consultation with legal firearms owners, gun safety campaigners and national experts we can reach an agreement that makes our streets safer by focusing on illegal firearms."