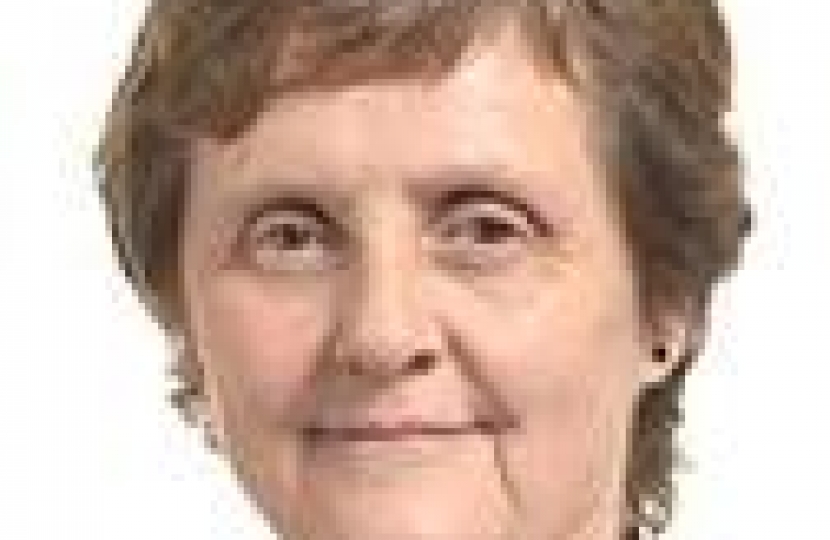 Anthea McIntyre our Conservative MEP for the West Midlands reports that :-

Anthea McIntyre, Conservative agriculture spokesman in Brussels, welcomed agreement between the European institutions on a new directive to curb unfair trading practices in business-to-business relationships in the agriculture and food supply chain, which was confirmed by the parliament’s Agriculture Committee on Wednesday.

The deal was reached just before Christmas following intensive talks between the European Parliament, Council and Commission, with Miss McIntyre closely involved as negotiator for the parliament's cross-national European Conservative and Reformists group of MEPs.

During the drafting process Miss McIntyre, Conservative MEP for the West Midlands, persuasively encouraged EU legislators to follow the model of the UK’s Groceries Supply Code of Practice (GSCOP) which protects farmers in their dealings with the top 12 biggest supermarkets.

She told the committee: “I have been proud to see the commission and the parliament use the UK’s Code of Practice GSCOP as one of the bases for this legislation. The EU has recognised the UK as a good example and a leader in combatting unfair trading practices.

“The Directive will protect suppliers with a turnover of up to €350 million from buyers who are substantially larger than they are. I believe this will cover all the Producer Organisations (POs) in the UK.

“Most importantly, the Directive covers suppliers who are outside the EU supplying buyers inside the EU. This ensures that even when the UK leaves the EU our farmers and growers will be protected when trading with our European partners."

The Directive represents a minimum harmonisation, which means that member states may go further to protect their farmers and growers if they choose.

In its detail, it groups all suppliers and retailers into six categories according to their turnover in euros from 0 to 2 million,  2-10 million, 10-50 million, 50-150 million, 150-350 million, and 350 million upwards). Each supplier will be protected in the event that its buyer falls into a higher turnover category.

The unfair trading practices that are outlawed are:
1. The non-respect of a 60-day payment term for non-perishable products;
2. Payment for services not provided;
3. Buyer refusal to provide a written contract on request.
4. Misuse of supplier’s confidential information by the buyer;
5. Commercial retaliation or even the threat of such retaliation if the supplier makes use of the rights guaranteed.

The Directive also identifies “grey” practices which are prohibited unless they are agreed in a transparent manner and before the beginning of the supply agreement.

These are:
1. Transfer of advertising costs to the supplier, in addition to the transfer of costs for promotion and marketing proposed by the Commission;
2. Payments for the management of the product once it has been delivered.
3. Return of unsold products;
4. Payments to become a supplier or for the stocking, displaying or listing of products;
5. Payments for promotional costs;

Confidentiality of suppliers will be guaranteed after it was found that they were often discouraged from complaining due to fear of retaliation. It will also be possible for suppliers' organisations, representative organisations and NGOs to file a complaint on behalf of their members, further guaranteeing the anonymity of the complainant.

The European Commission will create a website through which information on individual national enforcement authorities will be clearly identified.